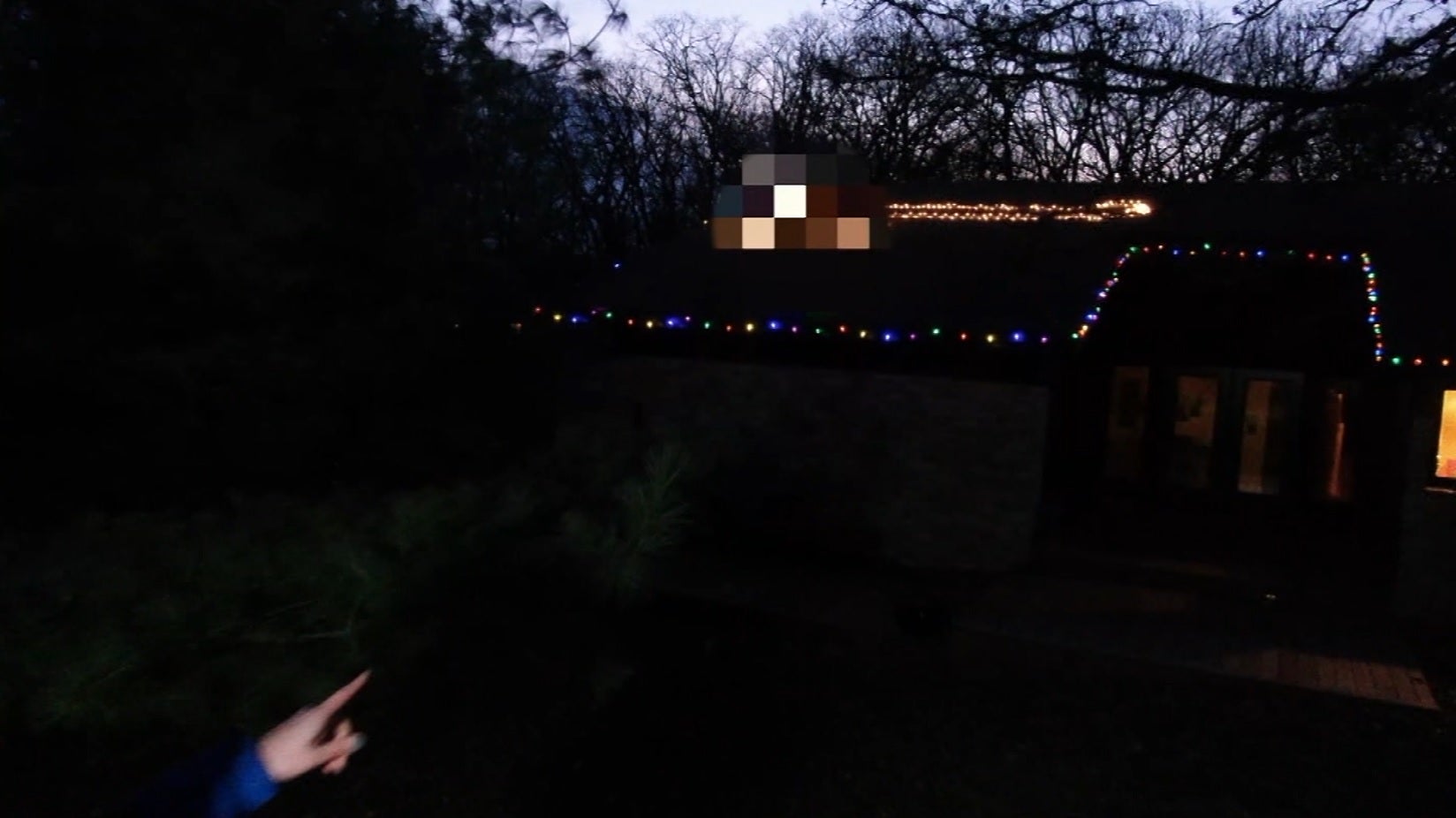 She said that some people were stopping in the middle of the night to laugh and take pictures, but ultimately took it down to avoid upsetting parents.

Some neighbors did have a sense of humor about it.

“I don’t know what I would’ve done if I would’ve driven. I probably would have wrecked my car laughing,” said Christi Vergara.

Vergara also said that it isn’t appropriate for little kids.