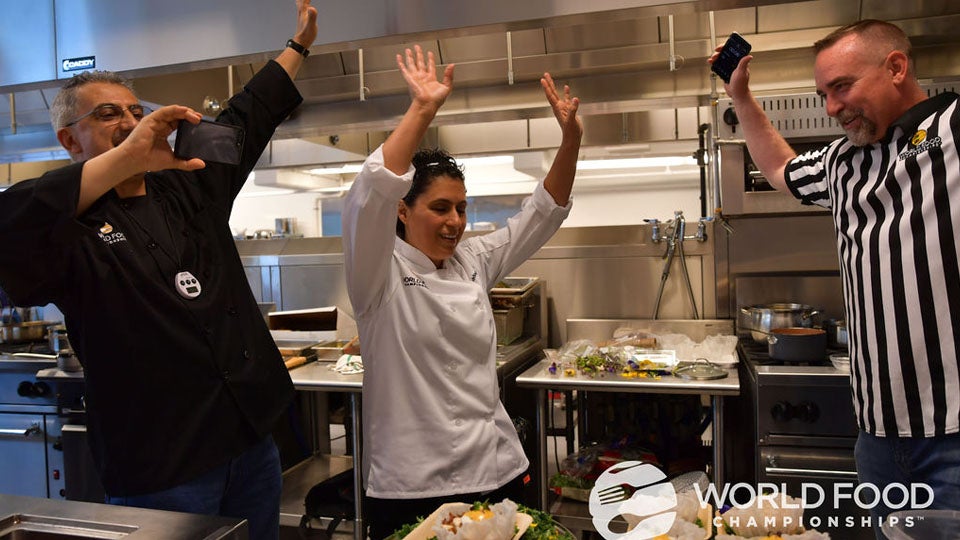 INDIANAPOLIS (Inside INdiana Business) — Some of the finest chefs in the world will compete in Indianapolis next year in the World Food Championships. The organization announced the competition’s Final Table, the championship round, will take in Indianapolis in spring 2020.

Preliminary rounds of the international cooking competition are currently underway in Dallas. Ten category champions will be crowned in Texas, each winning $10,000. Next May, they will compete in Indy to see who will earn an additional $100,000 and reign as the WFC’s 2020 “World Food Champion.”

Indiana Lieutenant Governor Suzanne Crouch was in Dallas for the announcement of Indy being named host for the cooking championship.

“Our capital city and the entire State of Indiana welcomes the World Food Championships and see this event as a great opportunity to showcase the ‘Culinary Crossroads of America’,” said Crouch.

The WFC Final Table represents the conclusion of an annual season of competition amongst 1,500 competitors from over 40 states and 15 countries.

“Indianapolis is simply an exciting place to be in today’s culinary world and one of the premier hospitality cities in the country,” said World Food Championships Chief Executive Officer and President Mike McCloud.

Each of the 10 champions competing in Indianapolis will cook on-site during timed events to create a dish for the ultimate taste test.