INDIANAPOLIS (WISH) — Hoosiers migrate to Florida for the warmer climate all the time but they are forced to face hurricanes as a result. Jaclyn Bevis is an Indiana native living in Fort Myers, who told News 8 that Hurricane Ian was worse than Irma in 2017 from what she saw.

“It was one of the most dangerous experiences I’ve seen and been through,” said Bevis. “We stayed in our home for a long period of time.”

Her home is surrounded by water, she has a canal behind it and the Caloosahatchee river in front.

“It was coming up within feet of our home so we made the decision at that point in time, it was quiet enough in the storm and it was the safest time to leave our home,” said Bevis. “It was a tough decision to make but a decision that had to be made at that time.”

Bevis was forced to make this decision for the safety of her rapidly growing family.

“I’m also 39 weeks pregnant so we have a lot going on,” said Bevis. “It’s been a really eye-opening experience and it reminds you of what everyone always says, ‘All of the stuff is just stuff’ and the most important thing is just being safe.”

She said the second floor of her house is still livable, so she will have somewhere to bring the baby when it comes.

“I’ve been told babies come whether you’re ready or not so read. We will have a baby sometime in the next week,” said Bevis. “We are really excited, really grateful but a little more nervous than we would be otherwise.”

She said not knowing what would be left of her home caused the most anxiety. 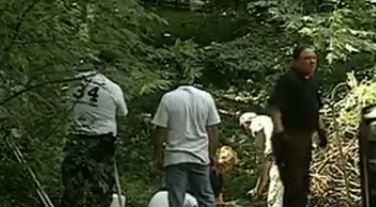